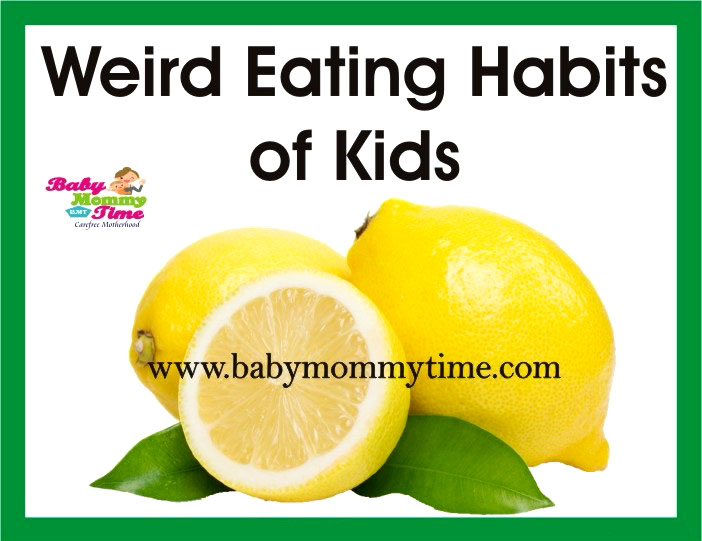 What are Weird Eating Habits of your Kid? Have you ever thought about the reason behind it? As soon as we add solid and semi-solid food in our kid’s routine, they start developing weird eating habits. Like eating too many spicy foods, chewing lemon slices & eating pickles, etc.

Normally this happens after 6 months of a pure breastfeeding time period is over. And toddlers & kids are attracted to all weird foods and eating habits.

Most of the parents got very scared when they see their kids experimenting with foods and their weird eating habits. And also get scared about the health issues and well being of their kids.

This kind of behavior is very normal in Kids. But First Time Parents is not able to understand it and get scared. They start thinking about the reason why her kid is eating so many spicy foods. But for sure Second-time parents will be more relaxes as compare to new parents. 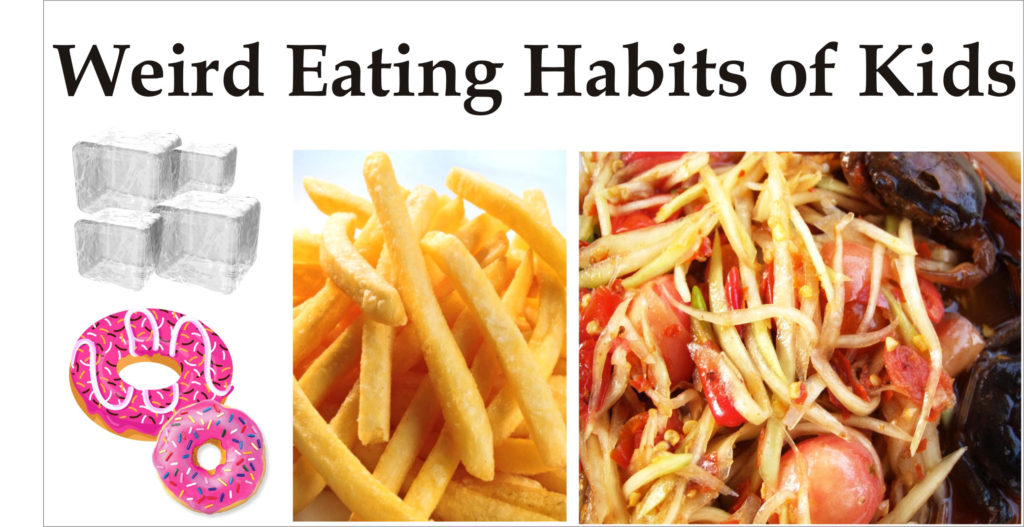 Most Common Reason Behind these Weird Eating Habits Is

Because from the last 6 months your baby is getting only one thing to eat and that’s breast milk. And as soon as their taste buds are developed they want to try all different things just like us. But the questions asked by Parents is that “How can the kids chew lemon slices?”. And why she /he is not throwing that too salty fries/food etc.

All kids want to try all those things and food items in which they see people eating around them. Kids are developing their own taste so we should let them try almost everything on their own. Let them select which food items they want to have again and which one they don’t want.

Because whatever we are eating in front of our kids they want the same things for themselves. Kids have the ability to learn fast and adapt things from parents. So avoid eating and drinking things which are not good for kids and especially those which we don’t want them to try or taste.

Because normally our little ones are always looking for that fraction of second when u are not watching them and they can take a bite or sip from our drink & foods.

Even if our little ones are not trying new food items which have extreme taste than we should encourage them because this will help them develop their own taste. It will also prevent them from getting shocks later when they actually have to try them.

Trying something new is not only for taste buds. But it also helps in preventing developing some food allergies later as kids’ body metabolism are very responsive in the early years and can adjust accordingly.

As all kids are big attention seekers so some time to take your attention they put random things in the mouth so that u come and interact with them.

Also, we should let them know that not everything can be taken into their mouth, we should clearly make rules along with gestures that we should use while saying NO to certain things which we want them to not try in the future.

> This is not necessary that kids will develop taste accordingly to their parents; they may develop a total opposite of what their parents have.

> We should also not push them to taste many different things very quickly as we need to be watchful for side effects and allergies they might develop after trying a new food for the very first time.

> We should also restrict quantities of new items which they are trying for the first time, as they may seem to like it but actually we never know how they and food will react with kids.